What others say about Arnold,

Arnold is a man of his word and he practices what he preaches. I'm the president an CEO of the radio station RTV, it is an honor to have this program in our radio station and we highly recommended him.
Mrs. Jerome Michel - President & CEO R.T.V
Arnold Garcon he is one of the best client we have in the radio, he has a program call; The voice of the gospel. Arnold is trustworthy, honest man, and man of faith. we esteem him a lot and speak very highly of him.
Mezidor Gerard Luly - General Manager Radio Vision 2000
Arnold is a good steward of God's money. Arnold put his house in Haiti for sell to have money to do the work.
Vital Noel - Elder Rouck Church
Cuba
We sent money to buy many bibles. They reported 60 baptisms. We have 65,000 Haitian descendants in Cuba. Some were hungry to read the word of God, .  Many  obeyed the gospel. In Cuba some of the northern places have a local tradition where the preacher delivers the message sitting down. Also, if you wish to pay the preacher you have to pay him privately or the congregation will expect  the preachers to share the money with them .Money is needed to help buy bibles  and  many Christians who are in very bag share  lack of foods, medecine.We plan to go back in 2023 we need help for them .Arnold will pay his way, need money for the church and people. 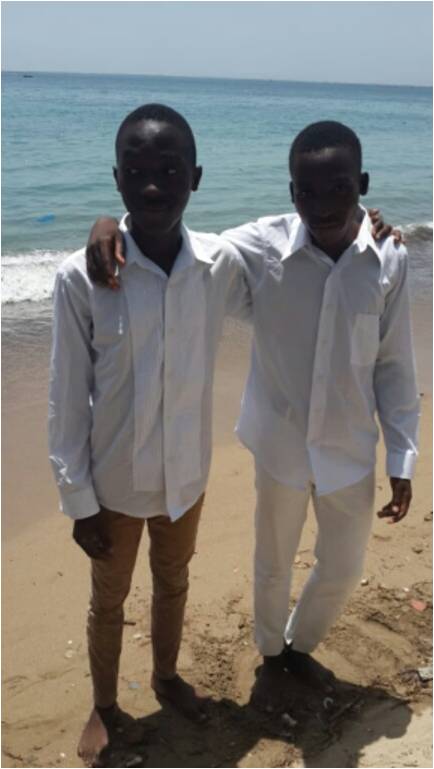 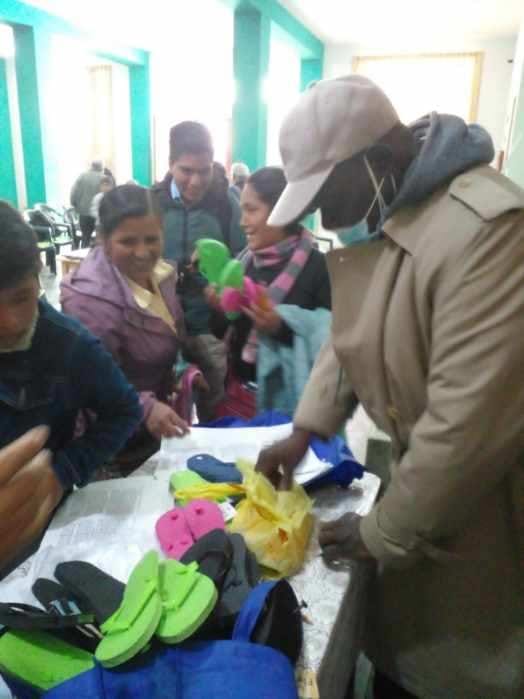 Peru Lima, Cartagena Colombia ;Arnold went to Columbia  and Peru, Panama almost  everyone we need a bible  if we  had 3000 to 4000  bibles were not enough to give to many thousand .Arnold paid his  own way from his social security and his business. He bought many bibles and gave money to preachers and some people ,Arnold distributed , shoes , clothes, pencils see the pictures above ..We plant to go back next year we need money to buy more bibles. Arnold felt very back he did not have enough money to buy more bibles
The Bahamas
Arnold went to the Bahamas, Oct, 2019 to help Haitians flood victims. He paid $2,500 of his own money to go. He gave $1,000 to the church to help the Haitians flood victim. He was not allowed to tell the Haitians for security reasons. From July 2021 to  September 2022 we've sent $ 2,500.00 to buy bibles. , to help some Haitians who have financial problems, , to go back home and  some legal  and . These efforts have produced at least  40 known baptisms from last years to update  base  on their reported
Haiti
Last year  a  terrible  a 7.3 strength earthquake hit Southern Haiti created massive damaged.  Thousands of homes were destroyed and many people died.  many were Christians., Many homes were not able to rebuild One church family lost their father and three of their children. , the Haitian news reported many houses were gone several villages were completely destroyed. A church member lost all her family. She is the only survivor. she was out shopping she ended up losing her husband, parents and seven children  now she  is a deep  financial problem we help  some. .We need help  for many to rebuild we  $4000 a family can build  two bathroom without toilet in the village
What you need to know about this work in Haiti and  Latin America
The difference between this work and many other works you have heard and supported. The preachers got paid to preach to hold meeting, to travel .For this work Arnold has to have money in last 30 years to give in four ways1- to pay his travel expenses, airfare, hotel  transportations2- to give to the preachers   many of them are very poor 3- to buy  bibles, and help the churches  some times to pay constructions work4- to help church members and people some 30 to 40 people asked Arnold for money .Arnold never received a penny from any church in Haiti and Latin America. Arnold is the only one to give .God always  bless  his business.Thank you to God and   to all of you
.
picture of baptism in catargena colombia

Arnold was shoot and wounded by robbers in 2009 when he was returning from the bank after picking up money to bury the wife of elder. In 2010 he was almost killed by the earthquake and Teresa his wife fell from the third floor to the first, which broke her leg and hand. again in 2011 he almost lost his life in front of the church by a drunk driver.
Arnold Garcon and his wife Teresa are Haitians who speaks English, French, Spanish and Creole. Arnold is a graduate from David Lipscomb University and from Tennessee State University and Emmanuel Theological Seminary. He holds a Doctorate in Ministry.

In order to minister the gospel in Haiti, Arnold has escaped many dangerous and difficulty situations. He has gone without sleep, food, has traveled many rocky roads, has been shot, and was almost in a plane crash. He is continually attacked by false teachers and so called brethren with lies because of jealousy and envy.To raise  money many so called preachers and elders in mission field they had to destroy  others preachers and elders sometimes they did not know and never them. matt7;12 None of this has moved Arnold because the attackers have done more to Jesus (to advance the gospel then harm) than Arnold. Arnold and Teresa survived the devastating earthquake of 2010. We did not receive a penny from any government , organization , any Haitian church, we did with love of some Christians like you and investment Arnold did for 35years. we are self supported,
we do many things to support us. like taxi driver, Farming, Investment, and construction.
Radio Programs

Many denominations are asking us for literature, bibles, and bible courses. Fortunately, they are using all this material to teach in their congregations. The radio program reached more people then ever. several hundred were baptize each year. we reach them by social media. we have in Air for 20 years, we need funds to keep us on air

Arnold and others have gone to many voodoo temples in Haiti to distribute bibles, literature, and bible courses. It is amazing to see so many voodoo priest hungry to read the word of God. We have conducted some studies by telephone, email, and text messages. Some have been baptized and most of the people we talk to want a bible.

Thousands of people go to Haiti and Dominican Republic border to a market every Monday and Friday to buy and sell, for business, voodoo rituals, and many other things. We go to distribute literature because many are looking for something to read and everyone want a bibles Some will pull from others and some will fight to get a bible. Arnold receives many calls, e-mails and next messages from these people for baptisms. If you can help us get some money for bibles or if you know any company who could help us, we would be very happy. There are three groups of people at the border; Haitians who speaks Creole, those who speaks French, and Dominicans who speak Spanish. The Creole bible is $11 the French is $7, and the Spanish is $10. If we had many thousands of bibles, it still would not be enough.
Another way that we help in this region is to help sick family members go see a doctor. We use the family relationships as a opening to preach the gospel. This work allows us to continue to build relationships and when family members get sick they come to us for help with burial arrangements. In some cases we are able to baptize them.
Attention
Unfortunately, the mission field is ripe with corruption. In our work we come across many people that should be our allies but have become enemies. As Paul experienced in I Tim 4:10 some have forsaken our work. We ask for continued prayers and God's wisdom. May God help them to remember and live by Matt 7:12 "So Whatever you wish that others would do to you, do also to them, for this is the Law and the prophets."(ESV)
COVID Update.
Thanks be to God we are safe And Covid-19 Negative!  Many Haitians observers have reported infections from the virus and many have died in Haiti, Dominican Republic, and surrounding countries. We have sent donations to help many families see the Doctor and help with Burial expenses.
Exciting News
Even though the pandemic has slowed our movement, we still receive many request for bibles. We are excited by this tragedy because in moments of weakness people seek god. After the 2010 earthquake we baptized more people than we normally do. We have seen a similar trend since the beginning of Pandemic, more people are requesting the word of God. People are requesting prayers, literature, and bible studies. We THANK YOU for all the moral, spiritual, and monetary support.
need help  for flood victims in Haiti;
make check payable to:
North Haiti mission  ( church of Christ)
P.O BOX  190061
Fort Lauderdale  FL33319

e-mail ;northhaitimission1@juno.com
or Arnold  e-mail jvadinor@gmail.com
homeless ministry we pick the homeless  and take them to church, feed them and clothes

Arnold  works 18 hrs per day , lifts up 80 pounds of ciment from first to third floor

we buy  used cars, clothes and shoes, at the wholesale    to help these ministries, ; jails, hospital. voodoos temple, schools, radio program , bibles distribution, homeless , clothes, foods, distribution, border Haiti and Dominican Rep. We have denomination churches and seminar ,ministry  to teach one true church. this could put north Haiti mission in the 2021 and 2022 budget for time donation for Haitian bibles for Haiti and other countries